A senior Saudi religious leader is slated to visit the Auschwitz death camp in Poland on Thursday ahead of the 75th anniversary of its liberation by the Soviet Red Army.

Mohammed al-Issa, the secretary-general of the Mecca-based Muslim World League (MWL) and a former Saudi justice minister, is scheduled to arrive at Auschwitz alongside Muslim religious leaders from more than 24 countries and a delegation of American Jewish Committee (AJC) officials.

AJC CEO David Harris said the trip represented “the most senior delegation of Muslim religious leaders to visit Auschwitz ever.”

Issa, the Muslim clerics and the AJC officials will tour the Museum of the History of Polish Jews in Warsaw on Friday as well as visit the Nozyk Synagogue in the Polish capital and a local mosque, Kenneth Bandler, a spokesman for AJC said, adding that the group will share an interfaith Shabbat meal too.

They also plan to meet with Holocaust survivors on Friday at the synagogue, according to an individual familiar with the details of the trip who asked not to be name.

Issa’s expected visit to Auschwitz comes after he visited the US Holocaust Memorial Museum in Washington, DC, in May 2018 and wrote an opinion article in the Washington Post in January 2019 condemning the Nazis’ “heinous crimes.” He also declared that “Muslims around the world have a responsibility to learn” about the lessons of the Holocaust. 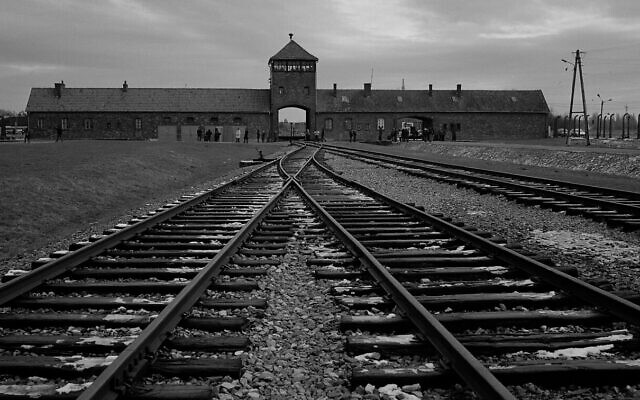 The railway tracks from where hundreds of thousands of people were directed to the gas chambers to be murdered, inside the former Nazi death camp of Auschwitz Birkenau or Auschwitz II, in Oswiecim, Poland, December 7, 2019. (Markus Schreiber/AP)

“I urge all Muslims to learn the history of the Holocaust, to visit memorials and museums of this horrific event and to teach its lesson to their children,” Issa, who is considered an ally of Saudi Crown Prince Mohammed bin Salman, wrote in the article.

From 1940 to 1945, the Nazis killed some 1.1 million people, mainly European Jews, at Auschwitz. They murdered most of the victims in gas chambers.

The AJC’s Harris described Issa’s scheduled visit to Auschwitz as highly significant, emphasizing that he believes it will enhance Muslim understanding of the Holocaust.

“This trip will be groundbreaking. That is no exaggeration,” he said in a phone call.

Pawel Sawicki, an official in the Auschwitz Memorial’s press office, said in an email that while Arab and Muslim clerics, leaders and activists have previously toured the camp, it seemed that Issa is to be the most senior religious leader to visit it.

In May 2019, AJC and MWL signed a memorandum of understanding, in which they agreed to take part in a trip to Auschwitz together this week.

Since 2016, Issa has been the head of the Muslim World League, which carries out Islamic missionary work around the world. 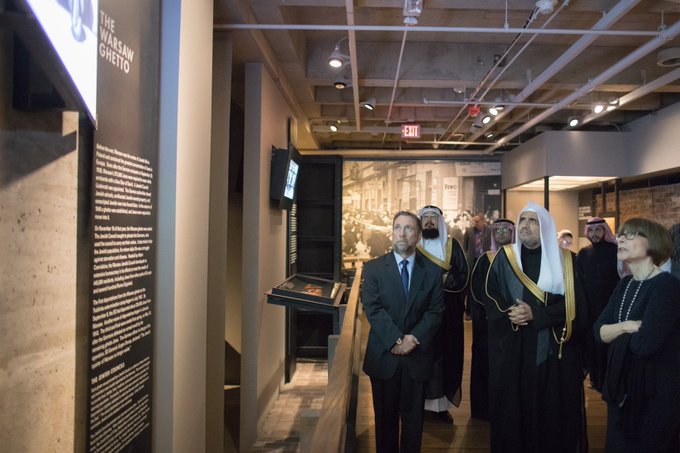 Robert Satloff, the executive director of the Washington Institute for Near East Policy, said the organization historically propagated “a virulent strain of anti-Israel and anti-Semitic writing, thinking and preaching,” but, under Issa, it has dramatically shifted its approach, pushing back against hardliners and stepping up outreach to other faiths.

MWL, which was founded in 1962, is subsidized by the Saudi government; it also supports mosques and Islamic centers globally.

“The fact that the secretary-general of the Muslim World League, which once represented the worst face of Muslim leadership on issues related to the Jews and Jewish history, is going to Auschwitz — normalizing discussion of the Holocaust and marginalizing deniers — is something remarkable,” he said.

Abdel Wahab al-Shahari, the director of MWL’s communications, said he was checking whether Issa would be available for an interview, but ultimately did not say whether he would be able to do so or respond to follow-up messages. 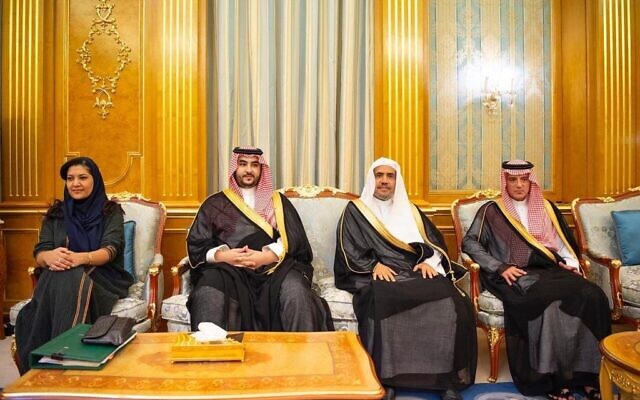 Joel Rosenberg, an Evangelical Christian and an American-Israeli author who has met with Issa twice in Saudi Arabia, said that he believed the Saudi religious leader has the backing of the Riyadh’s leadership to make the trip to Auschwitz.

“He definitely would not be making this visit if the crown prince did not want him to do so,” Rosenberg said in a phone call, referring to Issa as in the “close orbit” of Prince Mohammed.

Saudi Arabia has undertaken a number of social and economic reforms in recent years and has demonstrated greater openness to Israel, but has also come under heavy criticism following Washington Post columnist Jamal Khashoggi’s murder, which the CIA assessed was ordered by Prince Mohammed.

In the next week, Issa is also expected to visit Srebrenica, Bosnia and Herzegovina, where more than 8,000 Muslims were killed in July 1995 by Bosnian Serb forces.