BBC has published a a rater detailed coverage on Trump’s peace plan.

It envisages a Palestinian state and recognition of Israeli sovereignty over settlements in the occupied West Bank.

Mr Trump said Jerusalem would remain Israel’s “undivided” capital, but the Palestinian capital would “include areas of East Jerusalem”.

Palestinians took to the streets on Wednesday as part of a “day of rage” called by political factions.

The Palestinian health ministry said three people were injured by live fire in clashes between protesters and Israeli security forces near Ramallah in the northern West Bank. They are in a stable condition.

Several people were also injured by rubber-coated bullets during a protest in the village of Abu Dis, in the eastern suburbs of Jerusalem, and one person was hit by a rubber bullet near Arroub camp in the southern West Bank, according to the Palestinian Wafa news agency.

Meanwhile, Israeli Tourism Minister Yariv Levin said a cabinet vote on whether to apply Israeli sovereignty to most Jewish settlements in the West Bank, the strategic Jordan Valley and the northern Dead Sea had been delayed for several days for technical and procedural reasons.

Prime Minister Benjamin Netanyahu had said the vote would take place on Sunday.

More than 600,000 Jews live in about 140 settlements built since Israel’s 1967 occupation of the West Bank and East Jerusalem. The settlements are considered illegal under international law, although Israel disputes this.

The Jordan Valley is a fertile strip of land running along the border with Jordan that makes up almost 30% of the West Bank. Palestinians say the valley would form an integral part of the land that they want for a future state.

“It’s about annexation, it’s about apartheid,” he said. “Moving to the de jure annexation of settlements is something that was given the green light yesterday.”

Mr Trump’s blueprint for solving one of the world’s longest-running conflicts was drafted under the stewardship of his son-in-law, Jared Kushner.

What did Mr Abbas say?

Speaking on Tuesday, he said it was “impossible for any Palestinian, Arab, Muslim or Christian child to accept” a Palestinian state without Jerusalem as its capital.

“We say a thousand times, no, no, no,” he said. “We rejected this deal from the start and our stance was correct.”

The militant Palestinian Islamist group Hamas, which controls the Gaza Strip, also rejected the deal which it said aimed “to liquidate the Palestinian national project”.

The Israeli prime minister described Mr Trump’s plan as the “deal of the century”.

Israel “will not miss this opportunity”, Mr Netanyahu said.

“May God bless us all with security, prosperity and peace!” he added.

In an interview with Fox News on Wednesday, Mr Netanyahu said that over time the Palestinians would “see they’ll never get a better deal”.

How about international reaction?

A spokesman for United Nations Secretary General António Guterres said its positions had been defined by relevant Security Council and General Assembly resolutions.

“The United Nations remains committed to supporting Palestinians and Israelis to resolve the conflict on the basis of United Nations resolutions, international law and bilateral agreements and realising the vision of two states – Israel and Palestine – living side by side in peace and security within recognized borders, on the basis of the pre-1967 lines,” he added.

Saudi Arabia and Egypt welcomed President Trump’s efforts and called on Israel and the Palestinians to resume negotiations.

Jordan said the only path to peace was to establish an independent Palestinian state, based on pre-1967 boundaries, while Turkey’s foreign ministry dismissed Mr Trump’s proposals as an “annexation plan” aimed, it said, at killing a two-state solution and stealing Palestinian land for money.

British Foreign Secretary Dominic Raab urged the Palestinians to give the plans “genuine and fair consideration and explore whether they might prove a first step on the road back to negotiations”.

What are Trump’s key proposals?

Mr Trump also indicated that the West Bank would not be cut in half under the plan.

“We will also work to create a contiguous territory within the future Palestinian state, for when the conditions for statehood are met, including the firm rejection of terrorism,” he said.

Palestinian media unequivocally condemned the plan. “No Palestinian will either accept it or agree to engage with it,” said Palestinian Authority newspaper Al-Hayat al-Jadidah.

The Hamas-run Filastin online said: “There is no full half of the deal of century because the entire bottle is empty.”

Israeli opinion diverged along political lines with right-leaning media applauding the “historic move”. The pro-Netanyahu paper Yisrael Hayom said: “It would be a sin if we didn’t support it and immediately apply Israeli sovereignty to Israeli settlements.”

Other outlets had greater sympathy for the Palestinian cause and noted that however well Mr Netanyahu’s annexation plans played to his supporters in Israel’s upcoming general election, he would soon stand trial on charges of corruption.

“Netanyahu’s drama is inconceivable: on the day he gets a green light to realise his wet dream, to annex as he wishes… a harsh indictment is filed,” said one commentator in the liberal newspaper Haaretz. “He will not escape his fate.”

The Palestinians broke off contacts with the Trump administration in December 2017, after Mr Trump recognised Jerusalem as Israel’s capital and move the US embassy to the city from Tel Aviv.

Since then, the US has ended both bilateral aid for Palestinians and contributions for the UN Relief and Works Agency for Palestine Refugees (UNRWA).

In November, Secretary of State Mike Pompeo said the US had abandoned its four-decades-old position that Jewish settlements in the West Bank were inconsistent with international law. 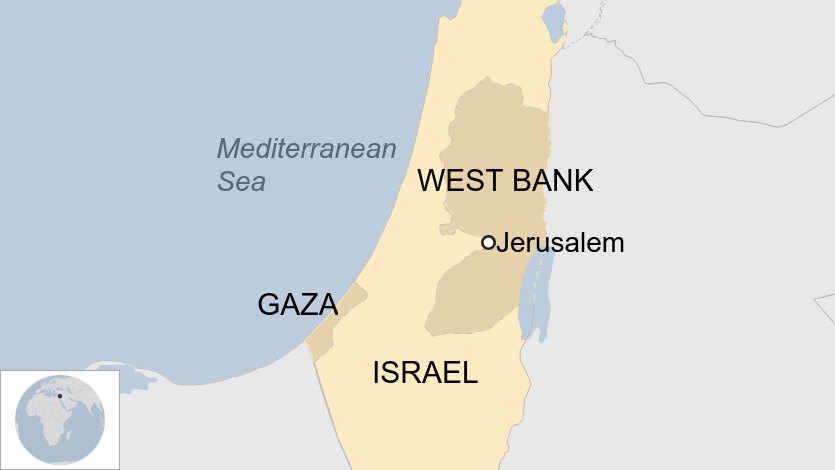 What are the issues at stake?

Of all the conflicts in the Middle East, that between Israel and the Palestinians has been the most intractable. Although the two sides signed a peace accord in 1993, more than a quarter of a century on they are arguably as far apart as ever.

Jerusalem: Both Israel and the Palestinians hold competing claims to the city. Israel, which occupied the formerly Jordanian-held eastern part in 1967, regards the whole of Jerusalem as its capital. The Palestinians insist on East Jerusalem – home to about 350,000 of their community – as their future capital

Palestinian statehood: The Palestinians want an independent state of their own, comprising the West Bank, Gaza and East Jerusalem. Israeli prime ministers have publicly accepted the notion of a Palestinian state alongside Israel – but not what form it should take. Benjamin Netanyahu has said any Palestinian state should be demilitarised with the powers to govern itself but not to threaten Israel.

Recognition: Israel insists that any peace deal must include Palestinian recognition of it as the “nation-state of the Jewish people”, arguing that without this Palestinians will continue to press their own national claims to the land, causing the conflict to endure. The Palestinians say what Israel calls itself is its own business, but to recognise it as the Jewish state will discriminate against Israel’s Arab population of Palestinian origin, who are Muslims, Christians and Druze.

Borders: Both sides have fundamentally different ideas as to where the boundaries of a potential Palestinian state should be. The Palestinians insist on borders based on ceasefire lines which separated Israel and East Jerusalem, the West Bank and Gaza between 1949 and 1967. Israel says those lines are militarily indefensible and were never intended to be permanent. It has not said where borders should be, other than making clear its own eastern border should be along the Jordan River.

Settlements: Since 1967, Israel has built about 140 settlements in the occupied West Bank and East Jerusalem, as well as 121 outposts – settlements built without the government’s authorisation. Settlements are considered illegal by most of the international community, though Israel disputes this. Palestinians say all settlements must be removed for a Palestinian state to be viable. Mr Netanyahu has vowed not only to never to uproot any settlements but to bring them under Israeli sovereignty.

Refugees: The UN says its agencies support about 5.5 million Palestinian refugees in the Middle East (the Palestinian Authority says there are up to 6 million), including the descendants of people who fled or were expelled by Jewish forces from what became Israel in the 1948-49 war. Palestinians insist on their right to return to their former homes, but Israel says they are not entitled to, noting that such a move would overwhelm it demographically and lead to its end as a Jewish state.