A report published Sunday by an Australian think tank revealed that as many as 83 internationally known brands – including Nike, BMW, Apple, Sony, Google, Lacoste, and Nintendo – have active ties to factories where evidence suggests the Communist Party has shipped Uyghur Muslims to engage in forced labor.

The Australian Strategic Policy Institute (ASPI), a non-partisan think tank, revealed in its study that it had significant evidence of the Chinese communist regime shipping ethnic Uyghurs out of their native Xinjiang, or East Turkestan, to factories nationwide, where they endured long hours, barely received pay, and did not appear to be able to move freely. 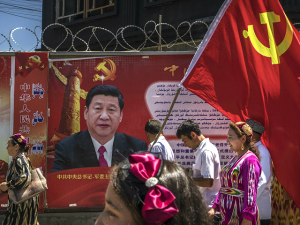 ASPI concludes that the “graduates” were shipped to factories nationwide against their will to endure arduous labor manufacturing products for software companies, car parts, shoes, and other items. When their work shifts concluded, the study found evidence that the workers were then forced to endure the same sort of indoctrination they found at the Xinjiang camps – learning Mandarin (a language not native to Xinijang), memorizing Communist Party songs, and idolatry of dictator Xi Jinping.

“The Chinese government has facilitated the mass transfer of Uyghur and other ethnic minority citizens from the far west region of Xinjiang to factories across the country,” ASPI revealed. “Under conditions that strongly suggest forced labour, Uyghurs are working in factories that are in the supply chains of at least 83 well-known global brands in the technology, clothing and automotive sectors, including Apple, BMW, Gap, Huawei, Nike, Samsung, Sony and Volkswagen.”

The report specifically identified 27 factories outside of Xinjiang that publicly identify as building goods or parts of goods for the companies mentioned, and are thus part of the corporations’ supply chains. Most of those companies – with the notable exception of companies the U.S. has banned from business there, like Huawei – operate in the United States, meaning American consumers have access to the products in part made by Uyghur slaves.

“Between 2017 and 2019, we estimate that at least 80,000 Uyghurs were transferred out of Xinjiang and assigned to factories through labour transfer programs under a central government policy known as ‘Xinjiang Aid,’” the report found. Under “Xinjiang Aid,” the Chinese Communist Party encouraged these companies to “hire” Uyghur slaves instead of locals. Advertisements online using racist imagery of cartoons wearing traditional Uyghur clothing promised “qualified, secure, and reliable” government “workers” for willing factories. 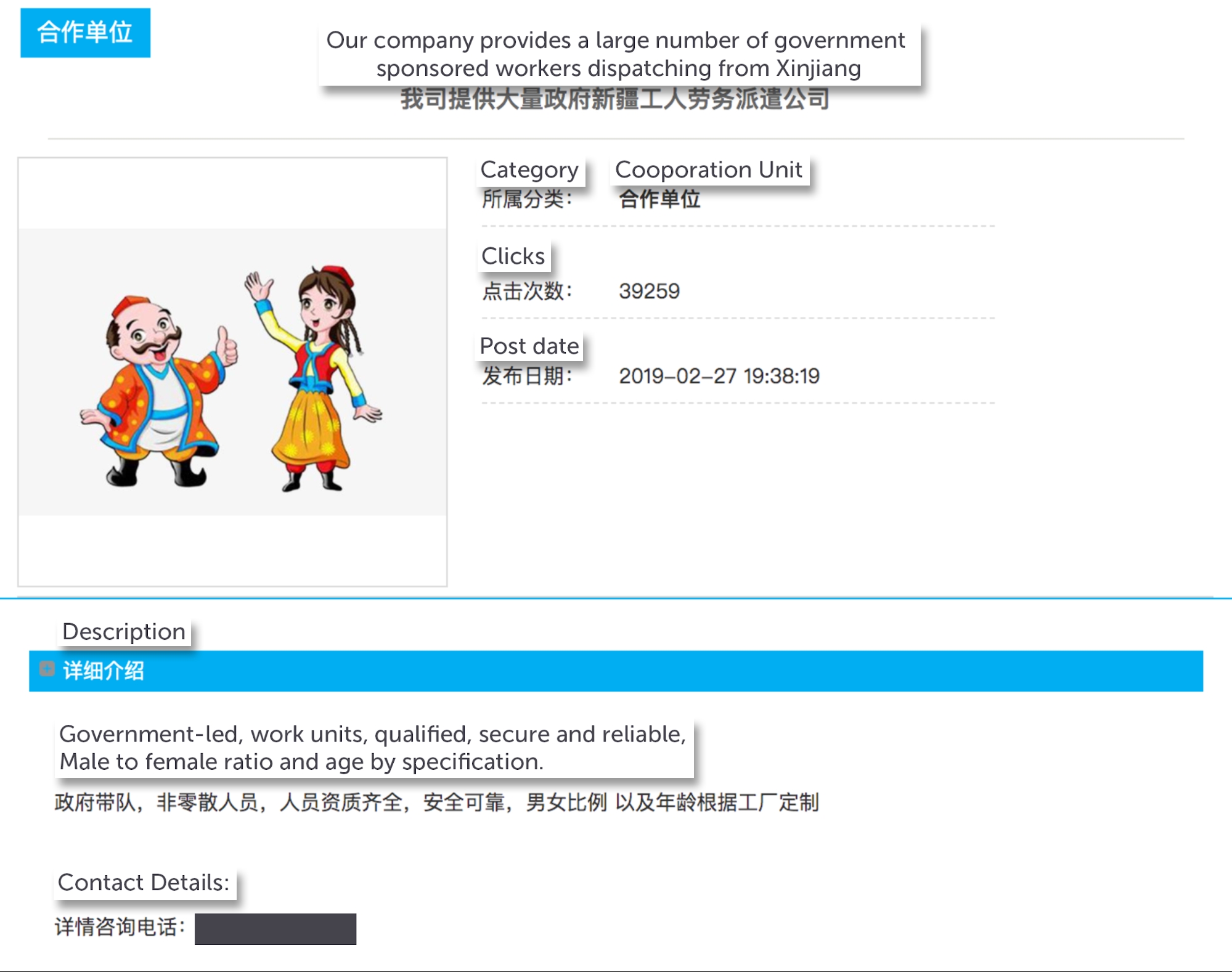 ASPI estimated that the government forced at least 80,000 Uyghurs out of Xinjiang to endure factory labor elsewhere in the country, warning that the number “is conservative and the actual figure is likely to be far higher.”

The think tank shared individual examples of factories that use Uyghur slave labor, among them a factory making Nike sportswear:

In the first case study, a factory in eastern China that manufactures shoes for US company Nike is equipped with watchtowers, barbed-wire fences and police guard boxes. The Uyghur workers, unlike their Han counterparts, are reportedly unable to go home for holidays … In the second case study of another eastern province factory claiming to supply sportswear multinationals Adidas and Fila, evidence suggests that Uyghur workers were transferred directly from one of Xinjiang’s ‘re-education camps’ … In the third case study, we identify several Chinese factories making components for Apple or their suppliers using Uyghur labour. Political indoctrination is a key part of their job assignments.

The anecdote shared in the report on Apple reveals that CEO Tim Cook applauded a company in a public press release that evidence indicates uses Uyghur slave labor.

In December 2017, Apple’s CEO Tim Cook visited one of the company’s contractors—O-Film Technology Co. Ltd (欧菲光科技股份有限公司)111 — and posted a picture of himself at the company’s Guangzhou factory on the Chinese social media platform Weibo.112 O-Film manufactured113 the ‘selfie cameras’ for the iPhone 8 and iPhone X. The company also claims on its website to manufacture camera modules and touchscreen components for a number of other well-known companies including Huawei, Lenovo and Samsung

According to a now deleted press release, Cook praised the company for its ‘humane approach towards employees’ during his visit to O-Film, asserting that workers seemed ‘able to gain growth at the company, and live happily.’

As it has with all reports of the enslavement of Xinjiang residents in concentration camps or forced labor factories, the Communist Party vehemently denied the findings of the report.

“This type of report is full of lies. The aid program is a beneficial scheme that helps Uygur people to earn income and learn new skills,” a Communist Party official in Xinjiang told the Global Times, one of China’s state-run propaganda outlets, in an article published Monday. “Xinjiang workers are recruited in a formal and legal way, some through local personnel departments, and others via human resource agencies. They [the workers] are all voluntary.”

Another semi-anonymous worker at the company running the Nike supplier factory implicated in the report claimed it was “definitely slander,” according to the Times.

The ASPI report is not the first to tie companies selling products in America to slave labor by Uyghurs in China. In October, expert witnesses testified to Congress that ample evidence existed that the store Costco was selling baby clothes made by a company operating in Uyghur concentration camps. The Associated Press revealed in late 2018 that Xinjiang made items were making their way through the convoluted Chinese supply chain to America.

China is engaging in a genocide campaign against Uyghurs and other ethnic minority Muslims in Xinjiang. The concentration camps are largely designed to break up the Uyghur family, forcing the relatives of many of the men in the camps to endure an official Communist Party Han Chinese person designated to live in their homes and ensure they do not practice Islam or speak ill of Xi Jinping or the Party. Survivors of the camps say rape, abortion, electroshock torture, forced sterilization, and live organ harvesting occur at the hands of the state.

Report: ‘With Cancellation of 21 Million Cellphones…Real Death Toll in China is A Mystery’

OpIndia’s article on ‘yellow journalism’ is a work of plagiarism