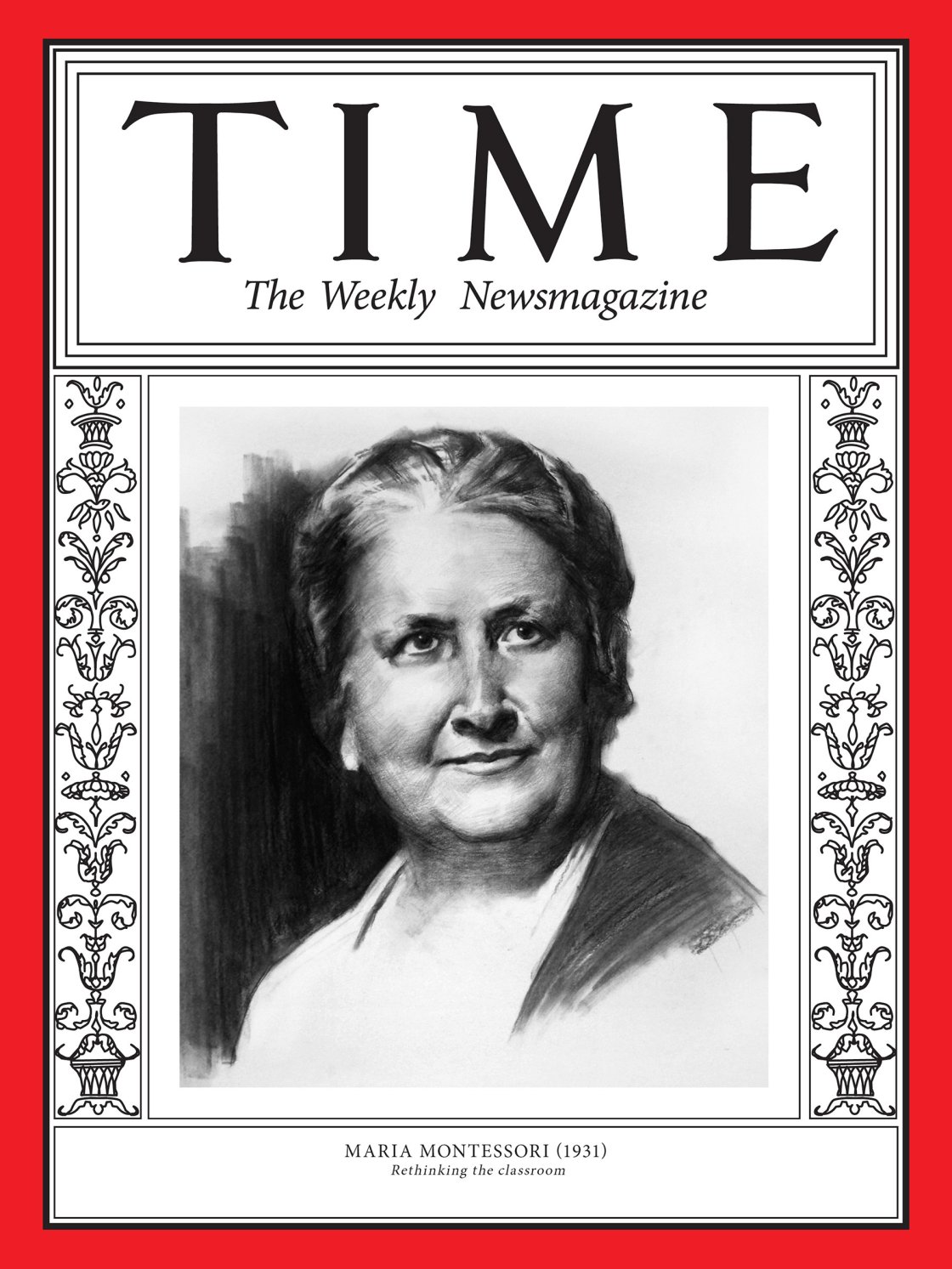 In thousands of classrooms around the world, as children work independently to solve math problems with beads and learn the alphabet with sandpaper letters, their activities can be traced back a century to Maria Montessori’s radical educational philosophy.

One of the first female physicians in Italy, Montessori developed early-childhood teaching methods that made the student a respected collaborator and independent thinker, rather than the submissive pupils of yore. In 1931, she trained teachers through her Association Montessori Internationale and hosted Mahatma Gandhi, who supported the use of her methods in India. Her approach has educated generations. —Katie Reilly

To mark the role of the 100 Women of the Year in history, we embarked on something historic of our own: creating a TIME cover to recognize each of them.

From charcoal portraits to a three-dimensional paper sculpture, from photo collages to fine-art paintings, from wooden sculptures to a quilted fabric image, the art we commissioned reflects the breadth of the 100 choices. Regardless of style, our aim was to find compelling pairings of artist and subject.

The project selected a woman or group to represent each year from 1920 to 2019, and our visual approach follows the same arc by re-creating TIME’s cover design as it evolved over the past century—from the illustrative scroll of the 1920s to the iconic red border of today. Each cover is visually emblematic of the period its subject ­represents.

In all, we commissioned 49 original portraits. These are the stories behind some of them. 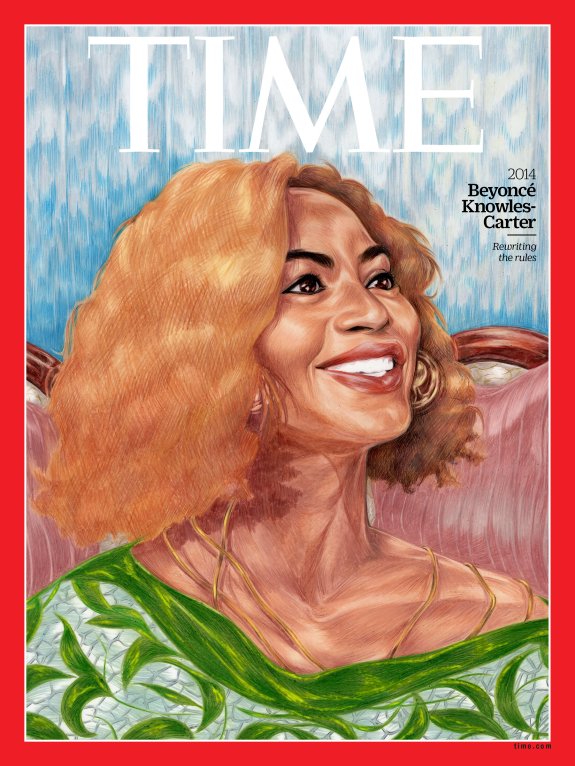 New York–based fine artist Toyin Ojih Odutola chose to portray Beyoncé Knowles-Carter in a Nigerian-inspired dress shirt and a honey-colored bob. “What I arrived at in my final drawing was a portrayal of a woman completely comfortable in her space while curious for what was to come in her future endeavors,” says Odutola.