Leland Vittert reports from Washington on the night’s biggest moments.

Trump, speaking with Baier and MacCallum in Joe Biden’s hometown of Scranton, Pa., suggested that the new Democratic front-runner’s repeated gaffes could be a sign of a competency issue — honing a line of attack that Republicans are expected to repeatedly deploy if Biden becomes his party’s nominee.

The town hall covered an array of other topics, including stock market turbulence and deregulation. Out of the gate, Trump defended his administration’s response to the coronavirus outbreak, saying his decision to limit travel from China had averted a broader domestic crisis.

Trump also wasted little time in criticizing ex-rival Elizabeth Warren’s decision to drop out of the race only after Super Tuesday, saying she may have sabotaged Sen. Bernie Sanders’ struggling presidential bid by siphoning the progressive vote. 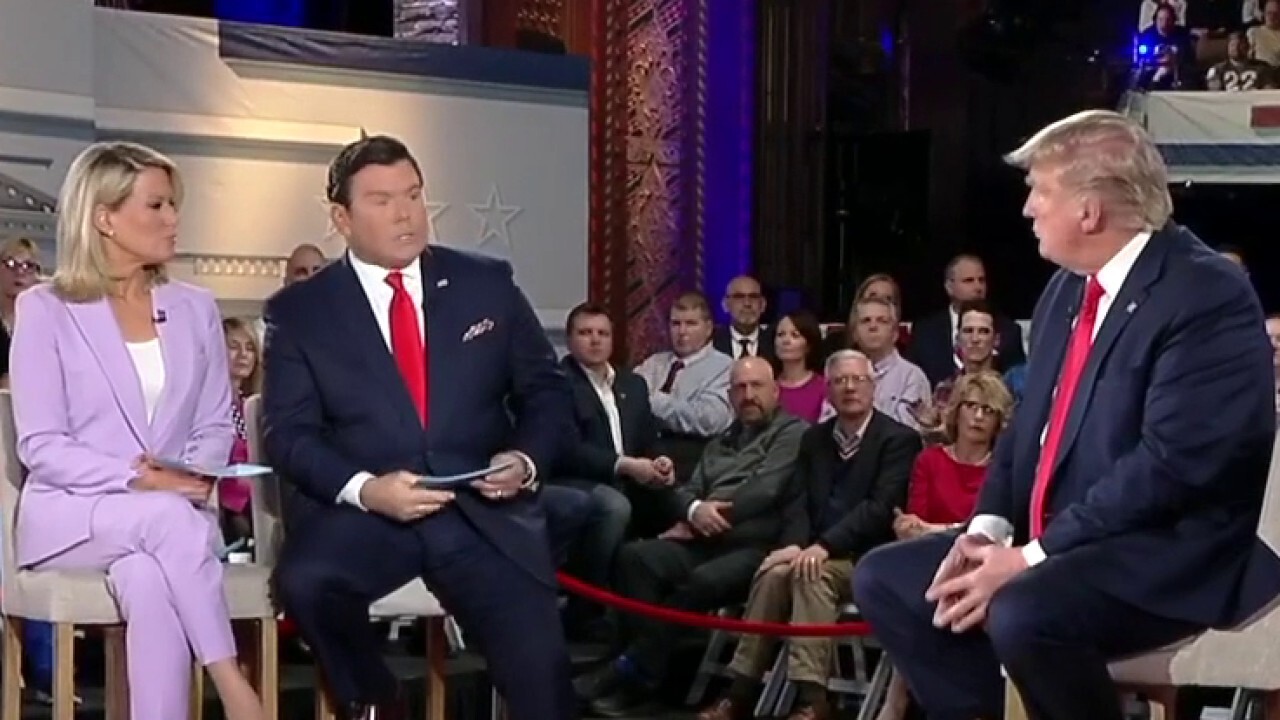 FNC’s first town hall of the election cycle with Trump brought in double the audience of the same time slot from the first quarter of 2019. It also attracted another 2 million viewers during the encore presentation of Trump’s town hall at 11 p.m. ET.

The setting was more casual and conversational than Trump’s boisterous rallies, and afforded the commander in chief an opportunity to connect directly with voters on camera. The event was Trump’s first discussion with Baier and Martha MacCallum since interviews in June 2018 and April 2017.

Fox News Media President and Executive Editor Jay Wallace announced on Friday that the network will host a second town hall event with Sanders on Monday in Detroit.

Baier and MacCallum will also moderate the Sanders event, as they did when the 2020 Democratic presidential hopeful participated in a town hall on Fox News back in April 2019.

The Sanders event will be the 11th town hall of the current election season hosted by Fox News and the 10th with a Democratic presidential candidate. FNC’s first town hall with Sanders holds the record for the most-watched town hall of the Democrats’ 2020 election cycle with nearly 2.6 million viewers.

Fox News recently celebrated its 18th consecutive year as the most-watched cable news network, dating back to January 2002. FNC’s 18-year streak is for both primetime and total-day viewers, including the key demographic of adults age 25-54.

Fox News’ Gregg Re contributed to this report.