When the coronavirus pandemic now sweeping the world was localized in China in January, many people argued that China’s authoritarian system was blocking the flow of information about the seriousness of the situation. The case of Li Wenliang, a physician punished for blowing the whistle early on and who subsequently died from the disease, was seen as emblematic of authoritarian dysfunction.

The situation now looks less rosy for democratic government. Europe now faces a larger disease burden than China, with Italy alone exceeding the number of deaths officially reported in China, despite having one-twentieth the population. It turns out that the leaders of many democracies felt similar pressures to downplay the dangers of the epidemic, whether to avoid injuring the economy or to protect their personal interests. This was true not just of Brazil’s Jair Bolsonaro or Mexico’s Lopez Obrador, but also of President Donald Trump, who until mid-March kept insisting that the U.S. had the disease under control and that the epidemic would disappear shortly. This explains why the U.S. lost two months in preparing for the onslaught, creating persistent shortages of testing kits and medical supplies. China, meanwhile, is reporting a leveling off of new cases. Chinese students in Britain have reportedly been astonished at the lax approach taken by Boris Johnson’s government.

When the pandemic subsides, I suspect that we will have to discard simple dichotomies. The major dividing line in effective crisis response will not place autocracies on one side and democracies on the other. Rather, there will be some high-performing autocracies, and some with disastrous outcomes. There will be a similar, though likely smaller, variance in outcomes among democracies. The crucial determinant in performance will not be the type of regime, but the state’s capacity and, above all, trust in government.
All political systems need to delegate discretionary authority to executive branches, especially during times of crisis. No set of preexisting laws or rules can ever anticipate all of the novel and rapidly changing situations that countries will face. The capacity of people at the top, and their judgment, determine whether outcomes are good or bad.

And in making that delegation of authority to the executive, trust is the single most important commodity that will determine the fate of a society. In a democracy no less than in a dictatorship, citizens have to believe that the executive knows what it is doing. And trust, unfortunately, is exactly what is missing in America today.

It is a popular misconception that liberal democracies necessarily have weak governments because they have to respect popular choice and legal procedure. All modern governments have developed a powerful executive branch, because no society can survive without one. They need a strong, effective, modern state that can concentrate and deploy power when necessary to protect the community, keep public order, and provide essential public services.

What distinguishes a liberal democracy from an authoritarian regime is that it balances state power with institutions of constraint—that is, the rule of law, and democratic accountability. The exact point of balance between the principal institution of power, the executive branch, and the primary constraining institutions (the courts and legislature) differs from one democracy to another, and also differs over time.

This is no less true of the United States than of any other liberal democracy, despite its having a political culture that breeds intense distrust of concentrated state power and sacralized law and democracy. The U.S. Constitution was written against the backdrop of the weakness of the Articles of Confederation. Alexander Hamilton, an ardent advocate of what, in “Federalist No. 70,” he called “energy in the executive,” understood perfectly well the need for strong legal and democratic constraints on executive power. But Hamilton also argued that neither the Court nor Congress would be able to act decisively in times of national danger. These dangers would arise in times of war or domestic insurrection, but they could also arise from novel causes, such as the global pandemic that we are facing now. The kinds of authority granted to the executive would differ depending on circumstances; what was appropriate during peacetime was not necessarily what would prevail in times of war or crisis.

And so the Constitution established, in Article II, an executive branch that has grown in power and authority in the centuries since the Founding. This growth has been propelled by emergencies that required strong executive action, such as the Civil War, the two World Wars, and the financial crises that took place in 1908, 1929, and 2008. During the Civil War, Abraham Lincoln mobilized an army of a million men, although the Union contained fewer than 20 million people. When the American railroads required to supply the war effort in Europe became hopelessly snarled, Woodrow Wilson nationalized them, turning them into state-owned enterprises. Franklin D. Roosevelt marshaled an even larger war effort during the Second World War, and bypassed Congress in negotiating Lend-Lease. During the 2008 financial crisis, the Federal Reserve was delegated unprecedented powers, funneling hundreds of billions of dollars to prop up systemically important financial institutions (including several foreign ones) with little congressional oversight.

The U.S. has thus been able to generate huge amounts of state power when necessary. In Latin America, legislatures have frequently bestowed emergency powers on presidents who then kept them and became dictators. We see similar power grabs taking place in Hungary and the Philippines today. By contrast, the U.S. has tended to return power to society once the emergency has passed. Armies were rapidly demobilized in 1865, 1918, and 1945; Wilson returned the railroads to private ownership after a couple of years. The powers granted to the executive branch under the Patriot Act after 9/11 have been gradually clawed back.

So while America may be slow to act at first, once it is up to speed, it can probably match the capabilities of most authoritarian governments, including China’s. Indeed, one can argue that because power in the U.S. is democratically legitimated, it is more durable in the long run than the authority of a dictatorship. In addition, the government can draw on ideas and information from citizens and civil society in a way that China cannot. And for all that U.S. federalism fractures authority, it also creates a 50-state laboratory for new ideas. The governors of New York and California have been willing to move much faster and more decisively in the pandemic than the bogged-down federal government.

A democracy delegates emergency powers to its executive to deal with fast-moving threats. But willingness to delegate power and its effective use depend on one thing above all, which is trust that the executive will use those powers wisely and effectively. And this is where the U.S. has a big problem right now.

Trust is built on two foundations. First, citizens must believe that their government has the expertise, technical knowledge, capacity, and impartiality to make the best available judgments. Capacity simply has to do with the government having an adequate number of people with the right training and skills to carry out the tasks they are assigned, from local firemen, policemen, and health workers to the government executives making higher-level decisions about issues such as quarantines and bailouts. Trust is something the U.S. Federal Reserve had in spades in 2008: Its chairman, Ben Bernanke, was a former academic who had studied the Great Depression in depth; the Fed is staffed with professional economists rather than political appointees likely to favor friends and cronies.

The second foundation is trust in the top end of the hierarchy, which means, in the U.S. system, the president. Lincoln, Wilson, and Roosevelt enjoyed high levels of trust during their respective crises. As wartime presidents, this trio succeeded in symbolizing, in their own persons, the national struggle. George W. Bush did initially after September 11, but as his invasion of Iraq soured, citizens began questioning the delegations of authority they had made to him via legislation like the Patriot Act.
The United States today faces a crisis of political trust. Trump’s base—the 35–40 percent of the population that will support him no matter what—has been fed a diet of conspiracy stories for the past four years concerning the “deep state,” and taught to distrust expertise that does not actively support the president.

President Trump continues to denigrate and undermine agencies he feels are hostile: the intelligence community, the Justice Department, the State Department, the National Security Council, even the National Oceanographic and Atmospheric Administration. Many administrative agencies have seen a steady depletion of career civil servants in recent years, with positions of high responsibility going either to acting agency and bureau heads, or else to political friends of the president such as Acting Director of National Intelligence Richard Grenell. With a 29-year-old partisan conducting a purge of federal agencies, the administration has placed personal loyalty far above competence. Trump appears to be well on his way to sidelining the highly trusted Anthony Fauci, the director of the National Institute of Allergy and Infectious Diseases, for disagreeing with him publicly.

All of which highlights the extent of the challenge to the second foundation: trust in the president and his immediate circle. Donald Trump has never, during his three and a half years as president, sought to reach out to the more than half of the country that didn’t vote for him. He has not taken any of the simple steps he could have to build trust. When recently asked by a journalist what he would say to fearful Americans—a softball question any other leader would have hit out of the park—he instead went on a tirade against the question and the journalist.

Because of Trump’s hesitancy to take the COVID-19 pandemic seriously, many conservatives have come to deny that we are in a crisis at all, and insist that the panic surrounding the virus is the result of a Democratic plot to take down the Trump presidency. Trump himself, after briefly pivoting to portray himself as a “wartime” president, declared that he wanted to reopen the country by Easter. He has admitted that this date was chosen not on any epidemiological grounds, but because it would be a “beautiful” date for churches to be full. Perhaps he is thinking of the national spectacle of thanksgiving he could stage around his reopened rallies, and how that would affect his reelection chances.

The intense distrust that Trump and his administration have aroused, and the distrust of government that they have instilled in their supporters, will have terrible consequences for policy. The Democrats were insistent on including transparency requirements for use of the corporate-bailout fund included in the $2 trillion relief bill passed on Friday. The Trump administration, in signing it, asserted that it will not be bound by this provision, just as it refused congressional oversight during the impeachment proceedings. This guarantees that any future exercise of emergency powers to help distressed businesses or hard-hit regions will be second-guessed, and subject to accusations of cronyism on the part of an administration that up to now has been quite happy to reward cronies.

In the end, I don’t believe that we will be able to reach broad conclusions about whether dictatorships or democracies are better able to survive a pandemic. Democracies such as South Korea and Germany have been relatively successful so far in dealing with the crisis, even if the U.S. is doing less well. What matters in the end is not regime type, but whether citizens trust their leaders, and whether those leaders preside over a competent and effective state. And on this score, America’s deepening tribalism leaves few reasons for optimism. 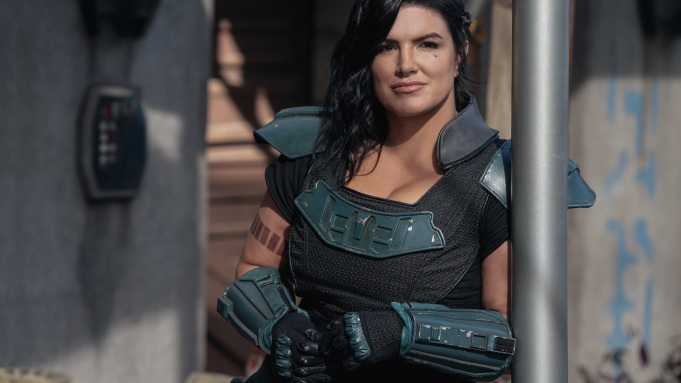 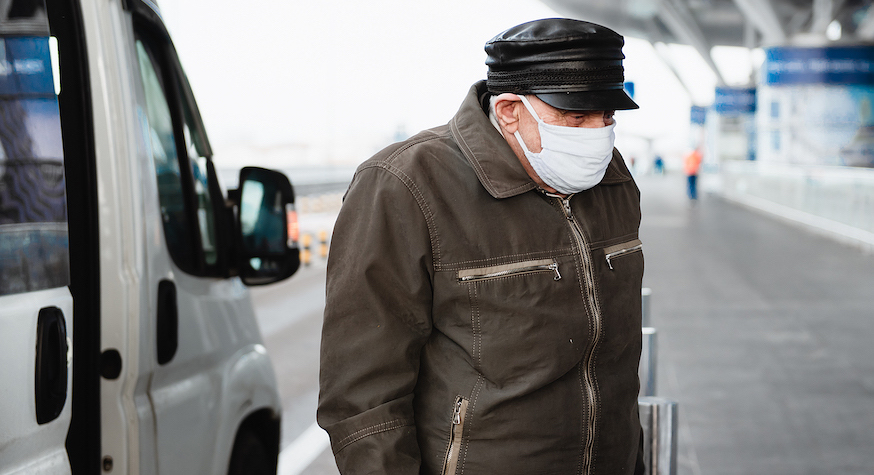