For the past week, Black Lives Matter and Antifa-affiliated activists have engaged in a pitched battle with Seattle police officers and National Guard soldiers in the neighborhood, with the heaviest conflict occurring at the intersection of 11th and Pike, where law enforcement had constructed a barricade to defend the Seattle Police East Precinct building. Hoping to break through the barricade, protesters attacked officers with bricks, bottles, rocks, and improvised explosive devices, sending some officers to the hospital. At the same time, activists circulated videos of the conflict and accused the police of brutality, demanding that the city cease using teargas and other anti-riot techniques.

Then, in a stunning turn of events, the City of Seattle made the decision to abandon the East Precinct and surrender the neighborhood to the protesters. “This is an exercise in trust and de-escalation,” explained Chief Carmen Best. Officers and National Guardsmen emptied out the facility, boarded it up, and retreated. Immediately afterward, Black Lives Matter protesters, Antifa black shirts, and armed members of the hard-Left John Brown Gun Club seized control of the neighborhood, moved the barricades into a defensive position, and declared it the Capitol Hill Autonomous Zone—even putting up a cardboard sign at the barricades declaring “you are now leaving the USA.”

On the new rebel state’s first night, the atmosphere was festive and triumphant. Hooded men spray-painted the police station with slogans and anarchist symbols, renaming it the “Seattle People’s Department East Precinct.” Raz Simone, a local rapper with an AK-47 slung from his shoulder and a pistol attached to his hip, screamed, “This is war!” into a white-and-red megaphone and instructed armed paramilitaries to guard the barricades in shifts. Later in the night, Simone was filmed allegedly assaulting multiple protestors who disobeyed his orders, informing them that he was the “police” now, sparking fears that he was becoming the de facto warlord of the autonomous zone. A homeless man with a baseball bat wandered along the borderline and two unofficial medics in medieval-style chain mail stood ready for action.

Nikkita Oliver, a radical activist and former mayoral candidate, emerged as a critical voice of the protest movement and assumed a leadership role in the newly declared autonomous zone. After night fell and a light rain began falling, she spoke to the crowd and outlined the ideological commitments behind the occupation. “[We need to] align ourselves with the global struggle that acknowledges [that] the United States plays a role in racialized capitalism,” she told protestors. “Racialized capitalism is built upon patriarchy, white supremacy, and classism.”

The following day, a coalition of black activists associated with the autonomous zone released a more specific list of demands, including the total abolition of the Seattle Police Department, the retrial of all racial minorities serving prison time for violent crimes, and the replacement of the police with autonomous “restorative/transformative accountability programs.” Activists pledged to maintain control of the Capitol Hill Autonomous Zone until their demands are met—setting the stage for a long-term occupation and the establishment of a parallel political authority.

The city government has not developed a strategic response to the takeover of Capitol Hill. According to one Seattle police officer with knowledge of internal deliberations, the city’s “leadership is in chaos” and “the mayor has made the decision to let a mob of 1,000 people dictate public safety policy for a city of 750,000.” The officer said that Chief Best had dispatched high-ranking police officials to the autonomous zone to establish a line of communication, but the officials were immediately sent away by armed paramilitaries at the barricades. “The tide of public opinion is on the side of the activists and they’re pushing the envelope as far as they can,” said the officer. “It’s not hyperbolic to say the endgame is anarchy.”

Politically, the Seattle City Council has already begun to champion the protesters’ demands. Socialist Alternative councilwoman Kshama Sawant declared the takeover a “victory” against “the militarized police force of the political establishment and the capitalist state.” Three councilmembers have signaled support for a 50 percent reduction in the police budget, with additional councilmembers likely to support a similar policy in the coming weeks. Sawant also opened Seattle’s City Hall—which had been closed by the mayor—to protesters, who immediately occupied the building.

The Capitol Hill Autonomous Zone has set a dangerous precedent: armed left-wing activists have asserted their dominance of the streets and established an alternative political authority over a large section of a neighborhood. They have claimed de facto police power over thousands of residents and dozens of businesses—completely outside of the democratic process. In a matter of days, Antifa-affiliated paramilitaries have created a hardened border, established a rudimentary form of government based on principles of intersectional representation, and forcibly removed unfriendly media from the territory.

The Capitol Hill Autonomous Zone is an occupation and taking of hostages: none of the neighborhood’s residents voted for Antifa as their representative government. Rather than enforce the law, Seattle’s progressive political class capitulated to the mob and will likely make massive concessions over the next few months. This will embolden the Antifa coalition—and further undermine the rule of law in American cities.

Christopher F. Rufo is a contributing editor of City Journal and director of the Discovery Institute’s Center on Wealth & Poverty. He’s directed four documentaries for PBS, including his new film, America Lost, which tells the story of three “forgotten American cities.” Follow him on Facebook and Twitter. 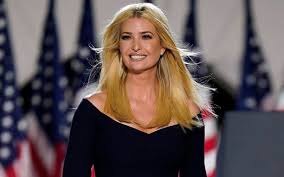