Adding the right amount of democracy

Give us our democratic freedoms back and see how growth bounces back. Global investors also care about the freedom of democratic institutions such as the media, judiciary, and the central bank. They want to know if this is a country where promises are kept, where foreign companies like Vodafone are not hounded to benefit local companies.

A democracy by definition is known for its due process. A country where the leader wakes up and suddenly announces drastic new policies through a televised address, is not a country known for due process, certainty of policy and trust in democratic institutions such as parliament and judiciary.

Investors want to know if the country has rule of law, peace and amity because business needs such conditions to thrive. Not many foreign investors will be pleased to see a member of the ruling party threaten to disobey the police in taking on street protesters in the national capital when the President of the United States is visiting.

What’s holding India back is not too much democracy. It is too little democracy. The day when a Hindustan Times doesn’t take down its article just because Amitabh Kant denies having said something actually available on video, we will again be enough of a democracy. That’s when we will see reforms and progress.

The author is a contributing editor. Views are personal. 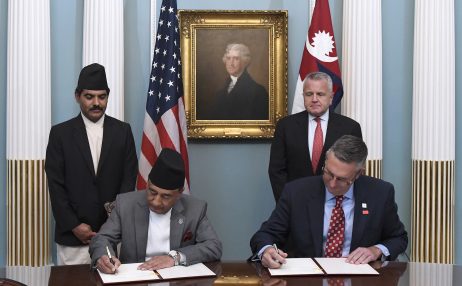