EXECUTIVE SUMMARY: Syrian president Bashar Assad, who now views the Iranian presence in his country as a burden, wants to oust Tehran from Syrian soil—and he has come to realize that achieving that goal will require Israel’s involvement. That may be why secret contacts are being reported between the two countries.

Sporadic reports have been appearing lately about secret contacts between Israel and Syria aimed at forging ties. One report that garnered attention was published about a month ago on the website Elaph, the first online Arabic newspaper, founded in 2001 by two Arab exiles, one from Saudi Arabia and one from Iraq. The site is known for its reliability and avoidance of sensational reporting, and it even posts articles by Israeli writers on occasion.

On December 23, 2020, Israeli journalist Majdi Halabi published an interview he had conducted with one of the officers of the IDF General Staff. The officer, whose name was not revealed, described Israeli actions in Syria and was asked how the Syrian president responded to these operations. The officer replied:

If Assad were sitting in your place he would say to me: “Let’s reach a solution.” Assad brought the Iranians into Syria so they would solve the problem of ISIS and the civil war, but once ISIS was defeated, the solution [Iran] turned into a big problem for Assad. Iran, which was a big plus for Syria, turned into a burden for both Syria and Russia. The Russian military attaché comes here every week and hears about these things from me.

Halabi asked, “Do the Russians convey messages from the Syrians to you?” The officer answered, “Yes, certainly, and not only through them. Syrian messages reach us in other ways, and constantly.” When Halabi asked, “What do the Syrians want from you?” he received this reply:

They want to go back to the Arab League and they want economic aid, fuel for example. They need money to pay the Iranians to get out of Syria, and they want to solidify their regime. Assad sees the reality, and he wants to forge ties with the Sunni axis so that he can pay his debts to Iran and get them out of Syria. He sees that Israel can help him with the US on the one hand and with the Gulf axis and the Sunni axis on the other. The Russians, too, see us as a bridge to the US, to the Gulf, and to the Sunni axis. Assad fears that his government could fall and won’t make peace with us tomorrow. But he is now prepared to talk with us so as to shore up his rule, defray the financial debt to Iran, and create a situation of non-belligerency with Israel, and after that negotiations on the Golan and other things.

Halabi asked: “Do you think it’s possible?” The officer replied: “Certainly, I’m prepared to reach an agreement with him tomorrow morning, but to tell the truth, we haven’t spoken about this with the Chief of Staff or with the political echelon because it’s still at the starting point, with improvised mediators…The important thing is that there’s a possibility of breaking up the radical axis, the Iranian axis.”

This much is completely clear: Assad sees no reason why Iran should remain in Syria. And no less important: the Russians don’t want Tehran and its offshoots—the Shiite militias—in Syria either. Moscow’s interests are: 1) to rehabilitate the Syrian regime by finding a solution for the Idlib enclave and for the thousands of Islamist opponents of Assad who are besieged and dug in there; 2) to find a solution to the Kurdish problem in a way that will get Turkey out of Syria and out of its conflict with the Kurds; and 3) to find a solution to the Iranian problem so Israel will stop its military strikes in Syria.

The Kremlin’s primary interest is to pull its military forces out of the country, as the continued Russian presence in Syria is a heavy drain on the Russian economy. The sooner Syria resumes the status of a functioning state, the sooner Moscow can withdraw its troops. In addition, Russia wants to speed up the production of Syrian gas from the Mediterranean seabed so Damascus can pay its debts for the aid Russia has given the Assad regime in recent years.

On January 14, 2021, the newspaper al-Shira reported a meeting between an Israeli delegation and representatives of Assad at Russia’s Khmeimim base near the port city of Latakia in northern Syria. This was after at least one meeting had already been held between Syrian and Israeli representatives in Cyprus. This report was republished on January 18 in the London-based newspaper Asharq Al-awsat, which added the names of those who had taken part in the meeting.

On the Syrian side, the participants were the head of the National Security Bureau, Gen. Ali Mamlouk, and Assad’s security affairs adviser Bassam Hassan. On the Israeli side, they were Lieut. Gen. (res.) Gadi Eizenkot and Ari Ben-Menashe, a former top Mossad official. The meeting was hosted by Russia’s Gen. Aleksandr Tchaikov. According to the report, the issues that arose in the meeting were remarkably similar to those raised in the briefing the General Staff officer gave Majdi Halabi.

While the details might not be entirely accurate or complete, it appears that intensive Israeli-Syrian contacts are being held behind the scenes. These talks will also address the Golan Heights (if they have not already), and one of the reports spoke of the possibility that Israel will hand Syria control of the Druze villages on the Golan.

The great task that stands before President Assad is to rehabilitate his country—its infrastructure, industry, cities, and residential neighborhoods, much of which were totally or partially destroyed during the civil war. This endeavor will take decades and require huge sums that the country does not have access to, particularly amid the global economic recession caused by the COVID-19 crisis. The only concentrations of money in the world right now are in China and the Persian Gulf.

It is not clear how much Moscow would want China, which always thirsts for energy, to make an economic return to Syria. It may well be that money from the Gulf would be preferable from the Russians’ point of view as it would not come with ambitions for political hegemony attached. This is why Russia favors a thaw between Syria and Israel: Jerusalem is seen as a gateway to the UAE and Bahrain. And if a thaw between Assad and the UAE distances the Syrian president from the Iranians, that undoubtedly jibes with the Russian interest.

There has been no official Israeli response so far to the reports of contacts with Syria. It can reasonably be assumed that the details—likely without the price tag—will emerge in the Israeli media as the elections draw near.

This is an edited version of an article published in Makor Rishon on January 21, 2021.

Lt. Col. (res.) Dr. Mordechai Kedar is a senior research associate at the Begin-Sadat Center for Strategic Studies. He served for 25 years in IDF military intelligence specializing in Syria, Arab political discourse, Arab mass media, Islamic groups, and Israeli Arabs, and is an expert on the Muslim Brotherhood and other Islamist groups. 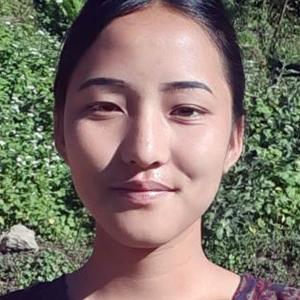