UN has observing the World Day of Social Justice on February 20 every year since 2009.

The digital economy is transforming the world of work. Over the past decade, expansion in broadband connectivity, cloud computing, and data have led to the proliferation of digital platforms, which have penetrated several sectors of the economy and societies. Since early 2020, the consequences of the COVID-19 pandemic have led to remote working arrangements and allowed for the continuation of many business activities, further reinforcing the growth and impact of the digital economy. The crisis has also laid bare and exacerbated the growing digital divide within, between and across developed and developing countries, particularly in terms of the availability, affordability and use of information ICTs and access to the internet, deepening existing inequalities. 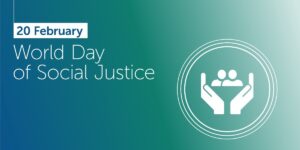 While digital labour platforms provide workers with income-generating opportunities and benefits from flexible work arrangements, including for women, persons with disabilities, young people, and migrant workers, they also present some challenges. For workers, these relate to the regularity of work and income, their rights to fair working conditions, social protection and adequate standard of living, skills utilization, and the right to form or join trade unions. Algorithmic monitoring practices, in some cases augmenting to workplace surveillance, are also a growing concern. Consequences of the COVID-19 pandemic are exposing the risks and inequalities of workers engaged in location-based platforms. For traditional businesses, the challenges include unfair competition from platforms, some of which are not subject to conventional taxation and other obligations because of their novel nature, including with respect to their workforce. Another challenge for traditional businesses is the amount of funding required to continuously adapt to digital transformations, especially for small and medium enterprises, and inadequate availability of reliable digital infrastructure, in the global South.

The regulatory responses from many countries have started to address some of the issues related to working conditions on digital labour platforms. However, there is a need for international policy dialogue and coordination since digital labour platforms operate across multiple jurisdictions. The promotion of national, regional, and international multi-stakeholder policy dialogue and coordination is also vital to ensure regulatory certainty and the applicability of universal labour standards, given the diversity of responses by countries and platform companies.

Transformations, especially for small and medium enterprises, and inadequate availability of reliable digital infrastructure, in particular in the global South. The regulatory responses from many countries have started to address some of the issues related to working conditions on digital labour platforms. However, there is a need for international policy dialogue and coordination since digital labour platforms operate across multiple jurisdictions. The promotion of national, regional, and international multi-stakeholder policy dialogue and coordination is also vital to ensure regulatory certainty and the applicability of universal labour standards, given the diversity of responses by countries and platform companies.

This year’s commemoration supports efforts by the international community to search for solutions to achieve sustainable development, poverty eradication, the promotion of full employment and decent work, universal social protection, gender equality and access to social well-being and justice for all. Consequently, it aims at fostering dialogue with member States and relevant UN institutions and other stakeholders on actions needed to overcome the digital divide, provide decent work opportunities,, and protect labour and human rights in the modern era of digital technologies.

This landmark Declaration is a powerful reaffirmation of ILO values. It is the outcome of tripartite consultations that started in the wake of the Report of the World Commission on the Social Dimension of Globalization. By adopting this text, the representatives of governments, employers’ and workers’ organizations from 182 member States emphasize the key role of our tripartite Organization in helping to achieve progress and social justice in the context of globalization. Together, they commit to enhance the ILO’s capacity to advance these goals, through the Decent Work Agenda. The Declaration institutionalizes the Decent Work concept developed by the ILO since 1999, placing it at the core of the Organization’s policies to reach its constitutional objectives.

The Declaration comes at a crucial political moment, reflecting the wide consensus on the need for a strong social dimension to globalization in achieving improved and fair outcomes for all. It constitutes a compass for the promotion of a fair globalization based on decent work, as well as a practical tool to accelerate progress in the implementation of the Decent Work Agenda at the country level. It also reflects a productive outlook by highlighting the importance of sustainable enterprises in creating greater employment and income opportunities for all.

The General Assembly recognizes that social development and social justice are indispensable for the achievement and maintenance of peace and security within and among nations and that, in turn, social development and social justice cannot be attained in the absence of peace and security, or in the absence of respect for all human rights and fundamental freedoms.

It further recognizes that globalization and interdependence are opening new opportunities through trade, investment and capital flows and advances in technology, including information technology, for the growth of the world economy and the development and improvement of living standards around the world, while at the same time there remain serious challenges, including serious financial crises, insecurity, poverty, exclusion and inequality within and among societies, and considerable obstacles to further integration and full participation in the global economy for developing countries, as well as some countries with economies in transition. 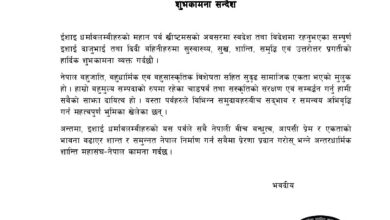