Citizenship has become a pressing issue in Nepal after the federal parliament failed to pass the Bill to Amend Nepal Citizenship Act (2006), which was expected to address citizenship problems.

The citizens who have been denied citizenship documents by the government authorities, even as they qualify for it, and those who had to struggle to obtain citizenships for themselves and their children despite the constitutional provisions not to render any Nepali stateless, expressed rage against the government authorities and parliamentarians for ignoring their genuine cause.

Such concerns were raised on Wednesday in the third series of Gyan Gosthi, a discussion forum, where people who are struggling, and those who struggled, to obtain citizenships shared the suffering and hardships they faced due to lack of certificates, and stories of how the government authorities denied them the main legal identity documents under various pretexts.

Speaking at the program, Indrajit Safi, a civil engineer who hails from Dhanusha, spoke of how he has been suffering due to lack of citizenship certificate. “My parents were born in Nepal, I was born in Nepal, lived here and studied here but I was denied citizenship by the local authorities,” he said.  He said he could not pursue engineering studies here in Nepal because he had no citizenship certificate. “I had to go to India for studies. Once in Delhi the police even suspected me of being a terrorist because I had no identity card,” he said.

“Citizenship has become a life and death battle for people like me,” he said. “I have the degree, I have knowledge and capacity but I don’t get a job because I don’t have citizenship,” he said.

Safi appealed to the parliamentarians to heed his concern and get the citizenship bill passed from parliament. “If the government does not address our problems, we will boycott the census,” he said. “If we don’t get citizenship, we won’t allow the coming elections to take place either.”

Deepti Gurung, who championed the cause of transferring citizenship to children through mother’s identity, also shared stories of her struggle. “Every time I approached the authorities to make citizenship for my daughters, the officials raised questions about my character,” she said. “It was as if I had to furnish proof of my moral character.”

Gurung had filed a case at the Supreme Court demanding that a mother should have the right to transfer citizenship to her children through her identity. In 2017, the Supreme Court had issued an order supporting Gurung.

Bimala Tamang lost her father when she was young and when she sought citizenship certificate through her mother’s identity, the secretary at the local authority denied issuing recommendation. “He was so uncooperative, I once threw a chair at him breaking the window glass. I had lost all patience,” she said. “I could finally make it after I faked a marriage with a man from Kavre.”

During the discussion many others appealed to parliamentarians to get the citizenship bill passed which, they said, could address their problems.

Bimala Rai Paudyal, the member of National Assembly and Binda Pandey, a CPN-UML lawmaker said they would raise these concerns in parliament and the political party of their affiliation. 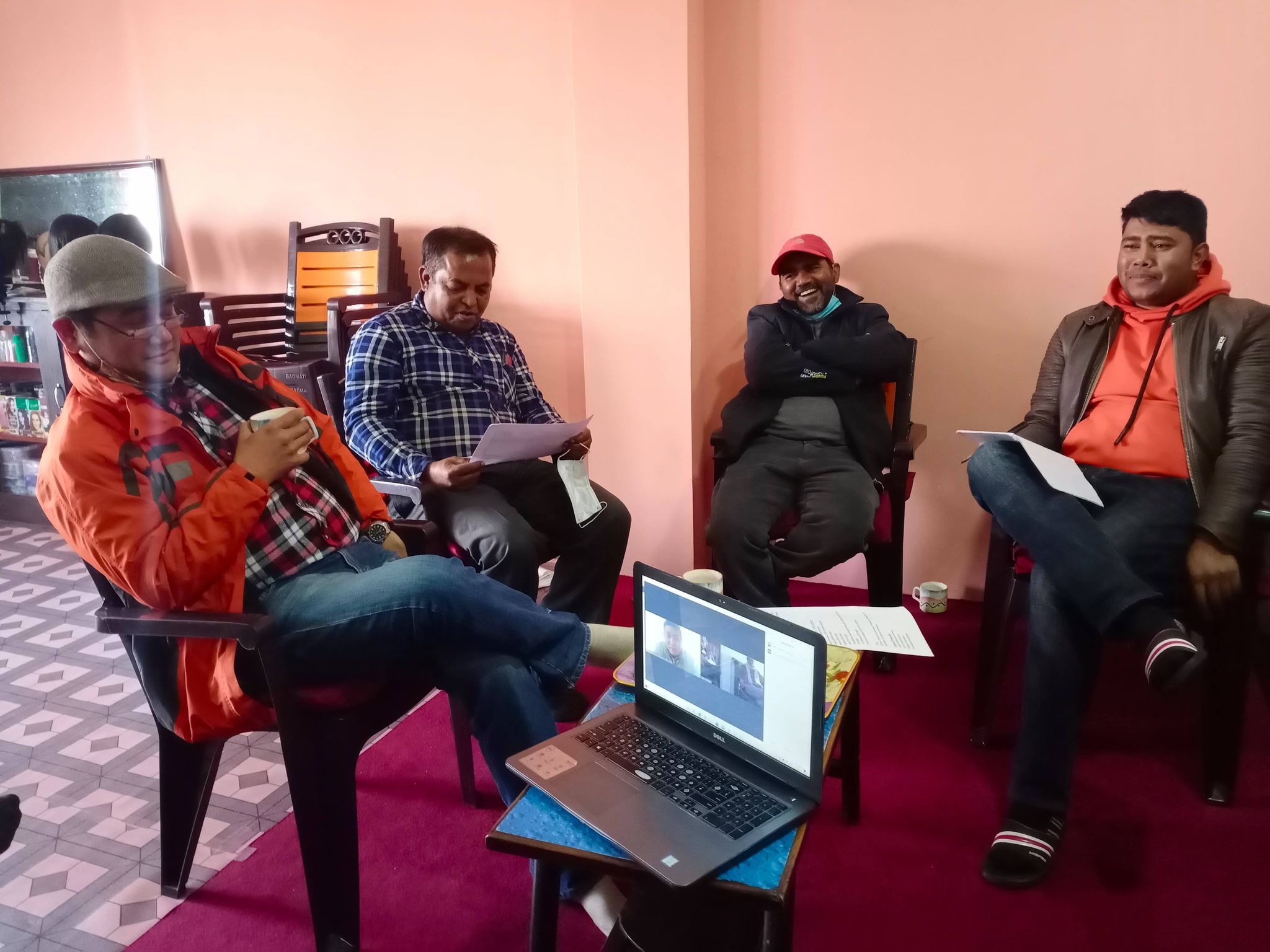