Yesterday only Election Cmmission directed the pro-Hindu monarchy regressive RPP to remove monarchy from its staute and the national eblem cow from it flag.

This should be a good reminder to other parties and aspiring factions that communal politics is not welcome.

But there is a rumor in the faith community that certain persons have called for a gathering on the topic of minority community and politics.

Interestingly enough, such faith leaders seems to have a penchant for the atheistic, communist fations- again a paradox. This questions ther very faith!
Whatever the name of such initiatives, the hidden motive seems to be power bargain starategy.

The cross is a sacred symbol of the salvation of humanity, whereas the sickle used by the cruel communists has been a sysmbol of the mu 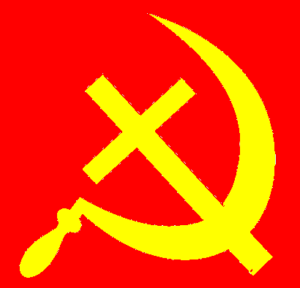 rder of millions people globally. Worse, politics in the name of religion is detrimental in the long term.

This is democracy, but without ethics democracy degenerates into anarchy.

Let all be forewarned and wise!