The 2022 Winter Olympics in Beijing were supposed to be a triumph for the Chinese government. But the COVID-19 pandemic and diplomatic boycotts have hampered its plans.
Blog Post by Ian Johnson

When China won its bid in 2015 for the 2022 Winter Games, it seemed like another bit of good fortune for a country on a roll. 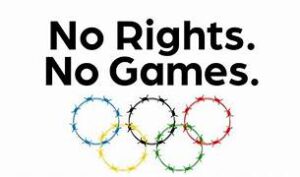 Its success was unexpected. The Olympic movement had just suffered yet another of its regular public relations disasters in 2014 when Russia hosted the games in the Black Sea resort of Sochi and then promptly invaded neighboring Ukraine. The 2018 games were going to South Korea and 2022 seemed destined to be held in one of the major European countries vying to hold it, such as Oslo, Stockholm, Munich, or Krakow.

But all withdrew bids for various reasons, including public referendums that opposed the high costs associated with the games. The choice came down to Beijing or the Kazakh city of Almaty. Even then, the choice wasn’t obvious: Beijing is cold but arid and the hills around it are brown in the winter, while Almaty boasts real snow. In the end the Chinese capital won a 44-40 vote—another feather in the cap for the then-relatively new Chinese leader Xi Jinping.

The choice seemed even more fortuitous two years later when Xi abolished presidential term limits. This meant that instead of stepping down in 2022, that year would see him gain an unprecedented third term. Staging the games at the start of that year probably looked like a fine kick-off for a year of triumph, with world leaders coming to pay tribute to both China and its most powerful leader in decades.

But as 2022 gets underway, the games have morphed into something else: a headache for a leadership that already has enough on its plate.

The COVID-19 pandemic is the most obvious reason, and in some ways beyond Beijing’s control. No country would welcome thousands of visitors when there seems no end to variants and the resulting disruption. Japan’s strategy of postponing the 2020 summer games and then implementing heavy restrictions the following year was an awkward compromise that left many unsatisfied.

But part of the reason the virus is such a challenge to Beijing is due to the government’s own policies. Chinese leaders have embraced a zero-tolerance toward cases, partly, it seems, because they clung to inferior home-grown vaccinations rather than importing more effective ones from abroad. And by constantly harping on it having eradicated the virus as a signal of their superior management, leaders made it hard to hold the games and shrug off a few cases. Instead, the games have put a huge burden on its zero-case approach, forcing the country to lock down several major cities where local outbreaks threaten to spread to Beijing.

Objections to China’s human rights problems have added another unexpected problem. On one level, human rights groups have failed to convince corporations and governments to boycott the games, despite exposing brutal human rights conditions in the western region of Xinjiang.

More than twenty countries will send leaders to stand next to Xi when the games open Friday. But these are, by and large, unfree, or relatively poorer countries, most of them bordering China.

China’s leadership can explain the absence of big wealthy countries as due to the pandemic—expectations are low for travel during the pandemic and the absences will not be noticed as much as in a normal year. But for anyone paying attention, the opening ceremony will feature a B-list of world leaders.

The reality is that these games have become yet another burden that Chinese people have to bear. In 2008, when Beijing hosted the summer games, a sense of excitement was palpable in Beijing and even in places such as Hong Kong, where many felt proud that China was hosting the world’s biggest sporting event. Contrast that with today, when the city-state’s independent political and cultural scene have been destroyed, as part of Beijing’s intolerance of any pluralism. While many Chinese people are still proud of their country’s accomplishments, the games will be yet another chapter in their country’s forever lockdown.

None of this could have been foreseen in 2015, and indeed the game might still go off without a hitch. Xi may well gain his third term later this year, and China’s authoritarian turn will seem unstoppable. If that happens, the games may be seen as a sign of China’s ability to forge alliances and stare down global criticism. The leaders who join Xi on the reviewing stand may even become symbolic of a new alliance of authoritarian states that support each other’s undemocratic practices. 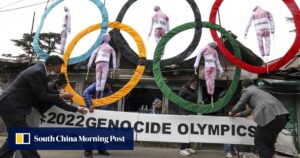 But big events have a way of developing their own dynamic. Some athletes might break rules and protest, despite the International Olympic Committee and the Chinese government warning against such moves. The pandemic, which the government has so far held at bay, might slip through, and cause a major outbreak, perhaps not in Beijing during the games, but afterwards.

And on some deeper level the games might cause some ordinary Chinese people to wonder why the leadership is fixated on parades and congresses and lockdowns instead of reopening the country and returning it to the conditions that has seen it flourish for the past four decades. Instead of the start of a glorious new chapter in the Communist Party’s rule, it might go down as a marker in the party’s turn from dynamism to decay.