Trying to cover up the coronavirus pandemic marks China‘s “Chernobyl moment,” according to a new open letter.

In it, the signatories warn that the coronavirus crisis shows it is more important than ever to raise up and listen to independent voices in China given the regime’s silencing of experts who tried to raise alarm bells.

“China’s Chernobyl moment is a self-inflicted wound,” the letter states.

“The CCP [Communist Party of China] silenced Chinese doctors who wanted to warn other health professionals during the early stage of the outbreak.”

It goes on to criticize the World Health Organization for bowing to Chinese pressure to downplay the severity of the situation.

There have been repeated intelligence leaks in recent weeks casting doubt on the official case numbers of the novel coronavirus reported by China to the World Health Organization.

Bloomberg first reported on April 1 that the American intelligence community concluded in a classified report for the Trump administration that China’s reporting on coronavirus cases and deaths was faked.

The following day, the New York Times reported that the CIA had been warning the American administration since early February that China’s coronavirus tallies could not be trusted.

The intelligence officials cited in that report said a likely cause was that health officials in Wuhan, China had been hiding the real numbers out of fear of losing their jobs.

1:04Coronavirus outbreak: Pompeo says ‘not the time for retribution’ amid questions about China’s transparency

Coronavirus outbreak: Pompeo says ‘not the time for retribution’ amid questions about China’s transparency

In the open letter, the experts say that in that coverup lies “the roots of the pandemic.”

They urge people around the world to confront “an inconvenient truth” about China.

“By politicizing all aspects of life including people’s health, continued autocratic one-party rule in the People’s Republic of China has endangered everyone,” they write, suggesting that the intentions of the Communist Party of China can no longer be trusted.

“We should pay greater attention to the voices of what can be termed ‘unofficial’ China. These independent-minded academics, doctors, entrepreneurs, citizen journalists, public interest lawyers and young students no longer accept the CCP’s rule by fear. Neither should you.”

Other signatories to the letter include U.K. MP Damian Collins, who chaired the international grand committee examining privacy and social media misinformation last year, along with members of Parliament from Lithuania, Estonia, the Czech Republic, the European Parliament and the U.K.

There are also several former ministers of foreign affairs, defence and home affairs, along with a broad range of civil society advocates and academics, including Canadian writer Jonathan Manthorpe.

No Canadian members of Parliament from any party signed the letter.

Canadian Health Minister Patty Hajdu earlier this month attacked a journalist who asked about whether China’s data can be trusted, criticizing them as “feeding conspiracy theories.” 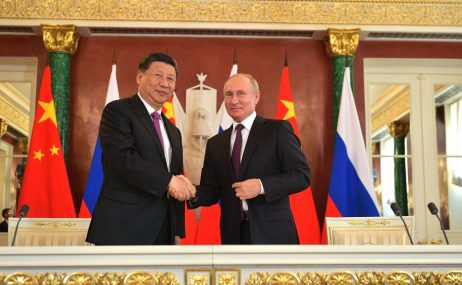