A Republican lawmaker asked for a criminal referral against House Speaker Nancy Pelosi on Wednesday over the California Democrat’s ripping her copy of President Trump’s State of the Union speech.

One of President Donald Trump’s biggest allies in the U.S. House is filing an ethics complaint against Speaker Nancy Pelosi for ripping up the president’s State of the Union speech.

When President Trump was done delivering his 2020 address on Tuesday night, Speaker Pelosi – who was standing right behind him – stood up and tore her copy of the speech in half.

“Her conduct was beneath the dignity of the House, and a potential violation of law,” Gaetz said. “Nobody is above the law. She must be held accountable.”

Gaetz’ use of the phrase “nobody is above the law” is a likely jab at House Democrats who used that phrase heavily throughout the impeachment inquiry into the president.

In his tweet, Gaetz included photos of the letter he sent to the House Ethics Committee requesting they open an investigation into Pelosi.

“When the president finished speaking, to thunderous applause and a standing ovation, the speaker took her copy of his prepared remarks and tore them in half, placing the remnants on the dais while President Trump went to greet lawmakers,” the letter says.

Gaetz calls the gesture “deeply offensive” and says the behavior does not “reflect creditably on the House.” He also claims it violated 18 U.S.C. 2071.

“It reflects poorly on her Speakership and on the House of Representatives as a whole,” he said. “The speaker should not let her personal feelings about the president color her behavior as a leader in the United States Congress.”

The chairman of the House Committee on Ethics is a fellow Florida Congressman, Democrat Rep. Ted Deutch. 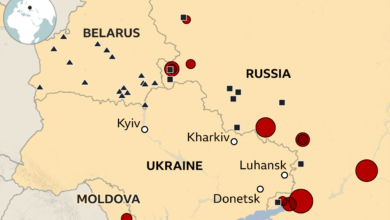 Boris blow up or Putin pressing in-

Iceland will have a male-majority parliament after all, election recount shows