Life is a race, a race against time, and approaching death. Death and the end of thsi earthly life witll surely catch us, so no need to stop iur race or end our lives in pessimism.

There are scriptural exhortations to run pur race in a  worthy manner; let us look at some of them from the devotion The Word For Today:

‘…Let us run…the race marked out for us.’

Look what Jesus endured: 1) Temptation. We imagine the wilderness temptation as three isolated events scattered over a forty-day period. No: ‘The devil tempted Jesus for forty days…’ (Luke 4:2 NCV). Every step, whispering in His ear; every turn of the path, sowing doubt; forty days of non-stop temptation! When it was over satan would flee, angels would come and strengthen Him, and He would leave the wilderness to go out and minister as no one ever has. But first He had to get through the temptation. So do you. And the good news is, strengthened by God’s grace, you can.

3) Rejection. His family thought He was mad. The neighbours treated Him badly. When He returned to His home town they tried to throw Him off a cliff (Luke 4:29). But Jesus kept running. So must you.

4) Shame. At the cross He became ‘sin’ personified (2 Corinthians 5:21). Though He never stole, lied or lusted, He bore the shame of every thief, liar and adulterer. How did Jesus do it? What kept Him going? The Bible answers: ‘…Who for the joy set before him endured…’ (Hebrews 12:2 NIV). Jesus had already lived in heaven, and knowing what awaited Him enabled Him to endure and finish the race. And the same joy awaits you too. 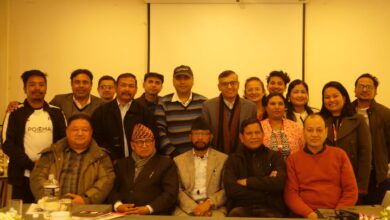