Last week, an important gesture towards capitalism and constitutionalism was made by a not so new but emerging political party. 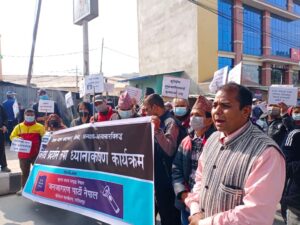 The occasion was a protect and attention or warning programme, organized by Janajagaran Party Nepal, led by Dr. BP Khanal, which raised concerns over serious issues facing the Nepali society at large today- from casteist discrimination and communal discord to price hikes to general decay in justice and law and order.

The party’s officials boldly outlined their political stand, identifying themselves as center- right, republican, capitalist, liberal force in the country. 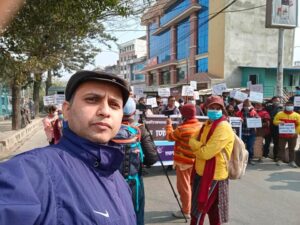 This may very well be the first political party that has an ideological clarity to align itself to the right, without being a theocratic force, and without vouching for a religious nationalist rhetoric.

As one advocating for civic supremacy and individual liberties, the scribe himself was no less elated. Frankly, he has now very frankly associated himself with the movement and the party!

Totalitarianism and the Five Stages of Dehumanization