Social Unity Party (SUP), which was embroiled in internal conflict and/or misunderstanding for over a month, has finally resolved and evolved out of the quagmire.

In a joint meeting of the Executive Committee and Province Chairs and Secretaries today, 10 point decisions were read out to the media. Also, a letter seeking cancellation or withdrawal of the letter regarding the suspension of the party chair CB Gahatraj was drafted, signed and read out. 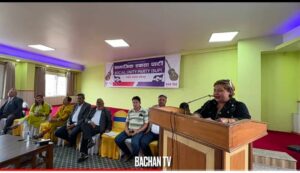 Bir Bahadur Tamang, secretary of NCFN who played active role in reconciling the two sides, addressed the meeting and advised that leaders should be more humble, so that God would lift them up in due time.

Province 1 chair  Indra Rai reminded the central committee that in a time of formation, there must not be factions and conflicts, or else the party fails to live up to its very nomenclature. Madhesh Province chair Thapa Magar (David) also spoke along the same line, and asked if the province team has any say in the party!

Vice chairs Tulasi Shrestha and Chandra Maya Shrestha also addressed the meeting which was chaired by the federal chair of the party, who also spoke briedly and answered the media at length, flanked by senior vice-chair and vice-chairs. 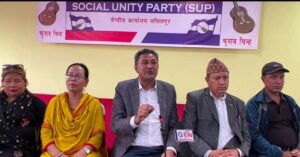 The reconciliation materialized at the cost of the chair and/or establishment giving way to the dissidents a massive increase in terms of numbers. Overall though , it bodes well for the party to go unitedly for the upcoming elections.

Over 60 persons resign other parties to join SUP: